Lamb stew meat is cooked until tender in a hearty broth featuring vegetables, stock, and stout beer. Whipped potatoes act as a top-crust in this warming winter update to a traditional shepherd's pie recipe. 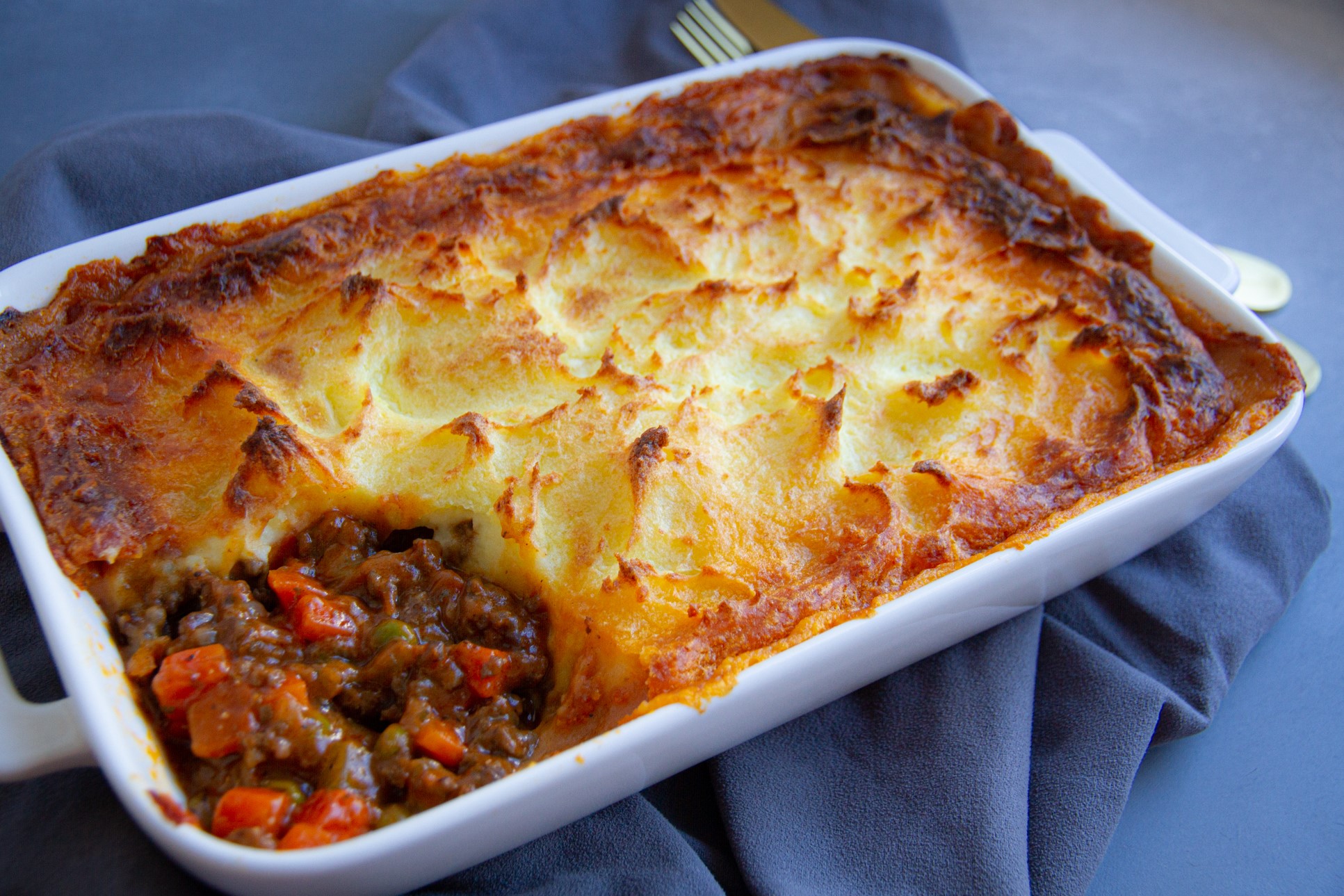 Preheat the oven to 325 degrees F. Season the lamb with 1 1/2 teaspoons of salt and several grinds of pepper. In a Dutch oven, heat the oil over medium-high heat. Working in 2 batches, cook the lamb, turning occasionally, until browned on all sides, about 8 minutes per batch. Transfer to a plate.

Add 2 tablespoons of the butter to the pot and melt over medium heat. Add the onion, carrots, celery, mushrooms, and garlic; cover, and cook, stirring occasionally, until the vegetables just begin to soften, about 5 minutes.

Uncover, sprinkle with the flour, and stir it in. Pour in the stock, 1 cup at a time, stirring to combine completely with each addition. Add the stout, rosemary, and 1 teaspoon of salt and bring to a boil over medium-high heat, stirring occasionally. Return the lamb to the Dutch oven, cover, and place in the oven to cook until the lamb is tender, about 1 1/2 hours.

Meanwhile, put the potatoes in a large saucepan and add enough water to cover by about 1 inch. Season generously with salt, cover the pan and bring to a boil over high heat. Uncover, reduce the heat to medium, and simmer until the potatoes are tender, 20 to 25 minutes. Drain well, then return the potatoes to the pan. Cube 3 tablespoons of the butter and add it to the potatoes. Start mashing the potatoes, and then gradually begin adding the sour cream. Stir in the horseradish, and season with salt.

When the stew is done, remove it from the oven and increase the temperature to 400 degrees F. Taste and adjust the seasoning. Stir in the peas and pour the stew into a 3-quart baking dish. Spread the mashed potatoes evenly on top, and use a fork to make decorative lines or peaks. Cube the remaining 1 tablespoon of butter and dot the top. Bake until the potatoes are crusty and browned in spots, 20 to 30 minutes. Remove from the oven and let stand for about 5 minutes, then serve hot.

Back to Recipe Home