Denver lamb ribs are a delicious, leaner alternative to pork ribs, and they are great for social gatherings. This recipe begins with searing the ribs in a pan until they form a nice brown crust. Then, transfer the meat to the oven in a base of red wine, onions, garlic, and olives until the ribs are fall-off-the-bone tender. Enjoy with friends as these ribs are bound to satisfy guests! 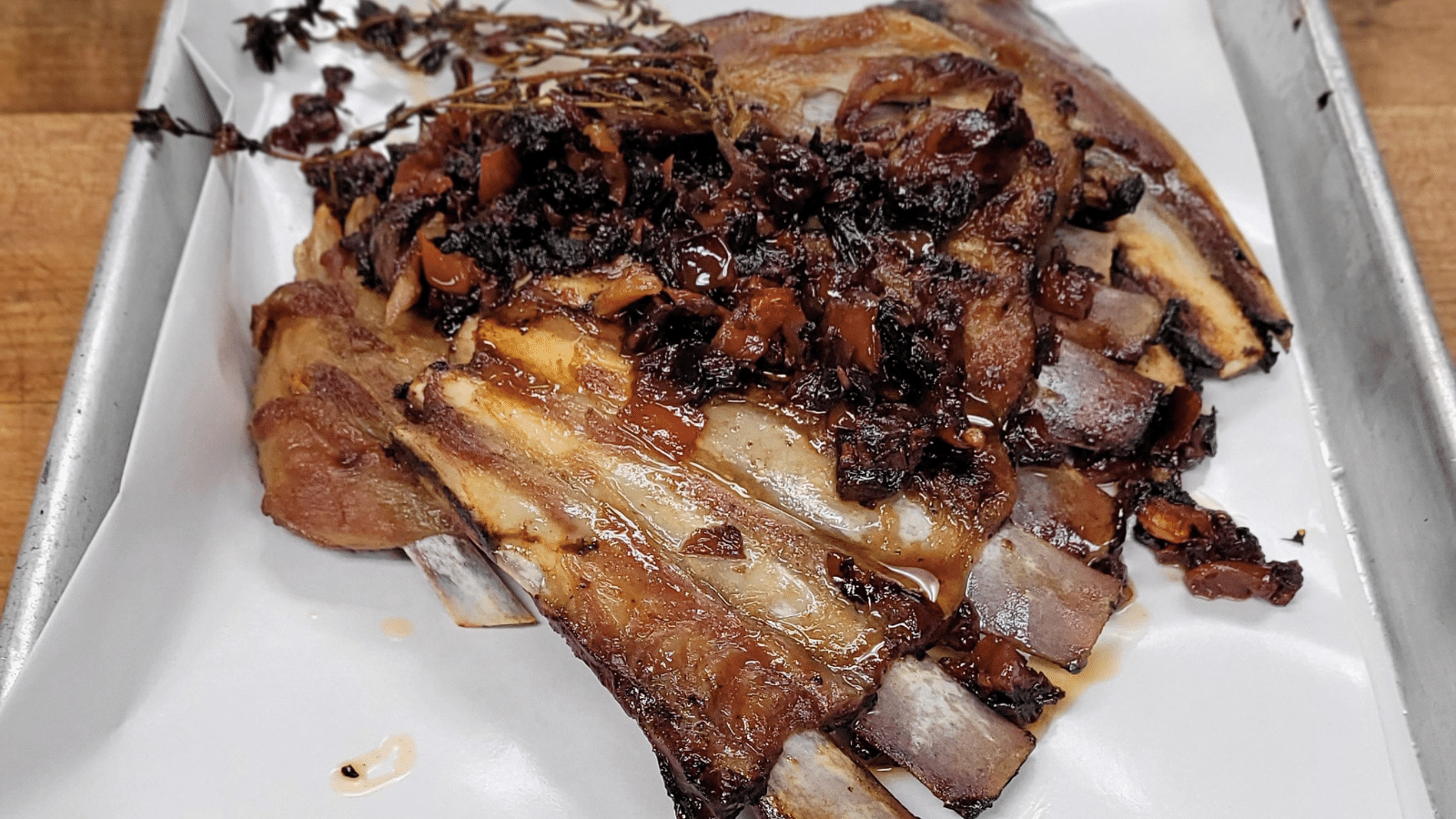 Heat oil in a large, heavy braising pan or sautée pan over medium heat on the stovetop. Sear the lamb ribs – meat side down – one or two at a time to ensure you don’t crowd the pan.

When the ribs have formed a nice brown crust, place them on a separate plate. Add the onions and garlic to that same pan and cook for 2-3 minutes until browned.

Add wine to the pan and let reduce for about 2 minutes. Turn off the heat and add tomatoes, thyme, and olives. Stir well before adding the lamb ribs back into the pan and covering with foil or a lid.

Transfer the pan over to the oven and let cook for 2 ½ hours, until the meat is tender and falls off the bone.

Central Grazing is proud to partner with chefs and restaurants to bring you custom recipes, special offers, and exclusive content. This recipe is from our Kitchen Collab with Chef Alex Pope of Local Pig — Kansas City’s award-winning whole animal butcher shop dedicated to locally sourced products and humanely raised meats. Read our interview with Chef Alex.

Alex Pope started his cooking career in Madison, Wisconsin, while earning a degree in Economics from the University of Wisconsin. After attending culinary school in New York City, Alex moved to Kansas City. He was a sous chef at the prestigious American Restaurant and Executive Chef at R Bar before founding Local Pig (2012) and Pigwich (2013).

learn more
Back to Recipe Home

Made with Love by Single Wing Creative